This is a text widget, which allows you to add text or HTML to your sidebar. You can use them to display text, links, images, HTML, or a combination of these. Edit them in the Widget section of the Customizer.

This is a text widget, which allows you to add text or HTML to your sidebar. You can use them to display text, links, images, HTML, or a combination of these. Edit them in the Widget section of the Customizer. 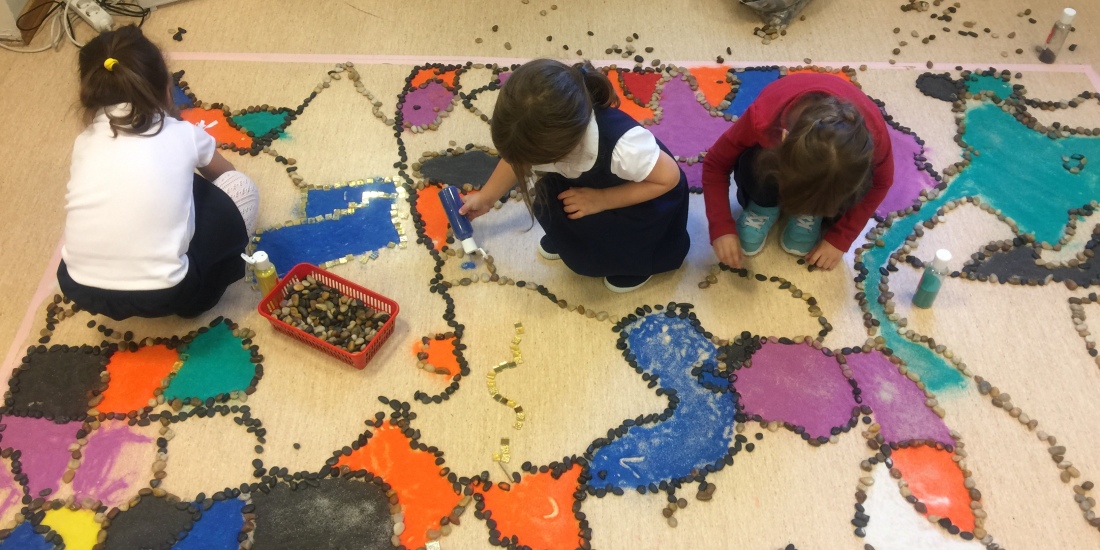 For the past few months we have been exploring colors, lines and shapes. We used water-colors, and pastels to draw different types of lines, and to blend colors together. Someone had donated a big bag of pebbles to our classroom, they were different shades of black, brown and whites. I thought these would be perfect way to explore making lines with. I also decided as part of the provocation to enclose the area into a big rectangle using tape – I then started off  one line to get the children started. The children were so curious when they came into the classroom. I told them that ‘a dot’ (the pebble) went for a walk’ (quote by Paul Klee) and where would the pebble go? We discussed that lines could go on forever, so to make sure that they didn’t take over the whole classroom and school, we made a ‘stopping’ line so the children would know when to stop their line and to make a new one or to turn around. The only other thing I mentioned to them was that they couldn’t break someone else’s line, they could jump over it and continue on the other side. 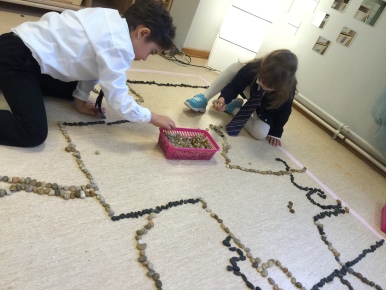 They immediately started making interesting lines, twisting and curling around  other lines. They were creating new shapes without them really knowing that they were making them. There was not a lot of talking, the children were quietly focused on creating their lines and being so respectful of the other lines in the space. 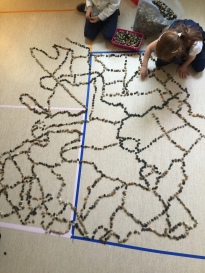 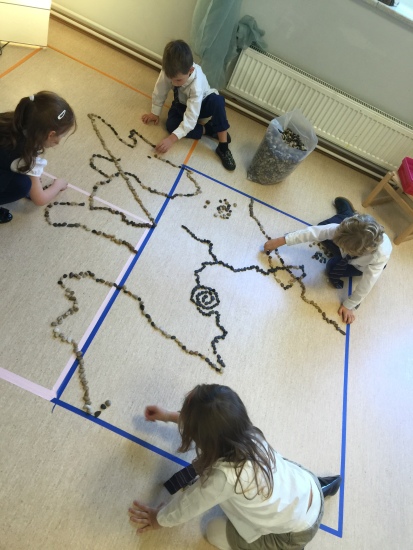 Sometimes lines would get broken and we would start all over again and the children were so excited to come in the next day to see how the last class had changed it.

After about a month, we decided that it could use some colors. So I put some colored sand there that the children could fill in the spaces. Again, the only criteria I gave them was that they couldn’t put a color on top of someone else’s filled space. And, that the space couldn’t be so big, so they figured out how to use a line to make the spaces smaller. 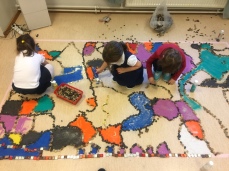 I was truly amazed by how respectful the children were being with each other’s space and how carefully they went about pouring the sand. If the children chose to go to that area, they tended to stay for the the entire class period. It was not a short lived activity, as they remained focused and on task the entire time.

We did have to speak to the children about this not being a permanent piece of art, that some art is temporary and has to be cleaned away or like nature art it might get blown away. That this to would have to be cleaned away so we can use the space for something else. We discussed different ways that we could save our beautiful art work and the children said that they could draw it or we could also take photos of it.

So we called in the school photographer to take an ‘official’ picture of the project. Before the photograph, the children decided to make a frame around the picture by using mosaic pieces to go around the stopping line. 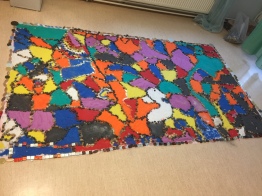 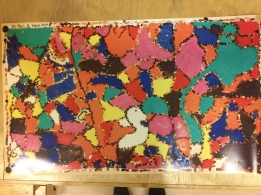 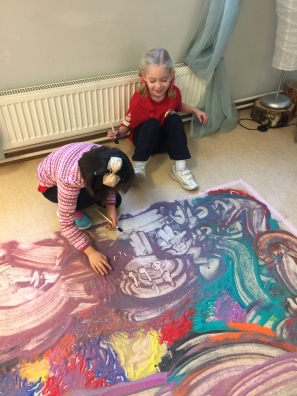 After the photo was taken, the children had a lot of fun diving into the sand and creating some sand art! It reminded me of a moving ‘Starry Night’ by Van Gogh.

This project was a  collaborative piece of art done by both Pre K and Kinder students.